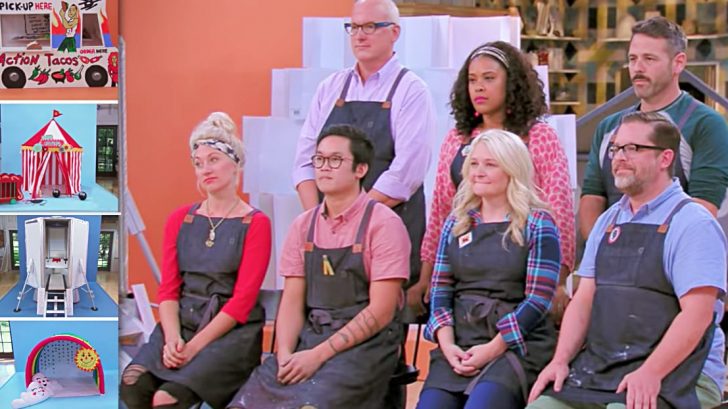 If you’ve been following NBC’s “Making It”, you know just how addicting the show can be. The hosts are the hilarious Amy Poehler and Nick Offerman, and the challenges all have to do with crafting.

What more could you possibly want in a show?

This post will have spoilers from episode 2, so if you don’t want to hear what happened and plan to catch the episode on Hulu, I’d click out now.

Every week, the challenges change. Last week, they did family heirlooms. This week, it was all about the kids: children’s toys, to be exact.

From a circus setup to a taco truck and more, the makers got creative and came up with the most interesting play sets I’ve ever seen. If I were a kid, I know I’d be playing with these all day!

The makers also made terrariums earlier on in the episode, and Khiem’s in particular was beyond adorable. He even made a miniature version of his fiancé!

Unfortunately, as with every episode, they have to say goodbye to the maker who delivered the least over the course of the challenge.

We had to say goodbye to Jeff in this episode, who stole our hearts in episode 1 with his incredible photography and moving reason behind his love for crafting.

Check out that goodbye below. Would you have sent Jeff home?

Catch the next episode August 14 at 10PM PST on NBC.