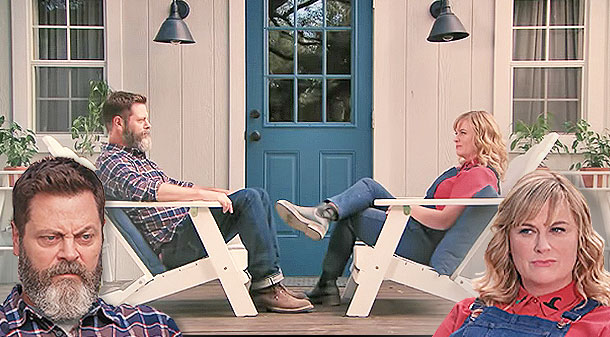 If you haven’t heard, Amy Poehler and Nick Offerman are working together again. No, it’s not for a Parks & Recreation reunion yet, but it’s something that’ll get you just as excited.

They’re co-hosting a show on NBC called Making It, and it’s a competition show all about crafting! There’s challenges with sewing, decoupage, woodworking and more, and I couldn’t be more excited.

No one in this competition show gets eliminated, but there is a winner, and that winner gets $100,000. That chunk of change and crafting? Where can I sign up?

To promote the show, Amy and Nick sat down and challenged each other to a battle of puns. There’s a catch though– all of their puns have to do with crafting.

Watch the video below and choose your champion. Who do you think won the pun-off?

With both of their comedy skills, their love for crafts and crafters, and the competition itself, there’s no doubt that this show is going to be a summer must-watch.

I am so thready for this show. Are you?