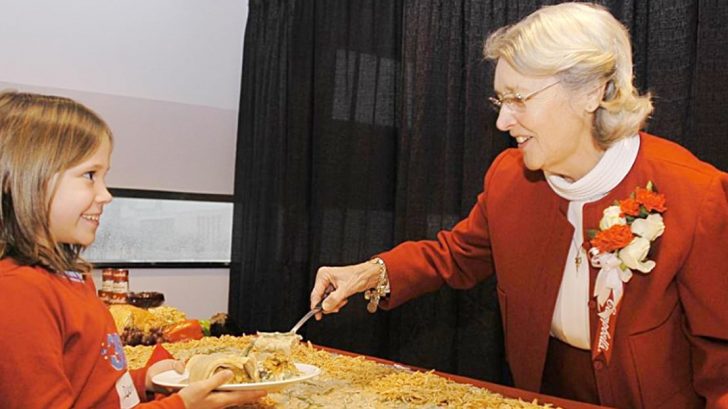 Reilly was loved and admired by many throughout her life, called a “celebrity chef” by her church friends and gaining recognition by many for her contribution to American cuisine.

In 1955, her team at Campbell’s Soup Company created the iconic Thanksgiving dish. Reilly wanted to make a quick and easy recipe from ingredients that most Americans already had in their pantry.

Combining green beans, cream of mushroom soup, and french fried onions, she created the iconic dish everyone knows today. Not only was it simple and cheap, it was innovative and delicious.

Originally called “The Green Bean Bake,” eventually it evolved into “Green Bean Casserole,” and with the new name came a lot of fame.

This dish became so iconic that the original recipe card was given to the National Inventor’s Hall Of Fame in 2002. It sits beside other inventions like Thomas Edison’s lightbulb.

Her alma mater, Drexel University, honored Dorcas with their Cultural Contribution Award. She also was recognized by her sorority, Alpha Sigma Alpha, in 2009 with the Recognition of Eminence Award.

“Dorcas was an incredible woman, whose legacy will live on for years to come. She will be missed by her Campbell colleagues and all those who were impacted by her creativity and generous spirit.”

You can read her full obituary by clicking here.

Our thoughts and prayers are with her family and friends during this difficult time.