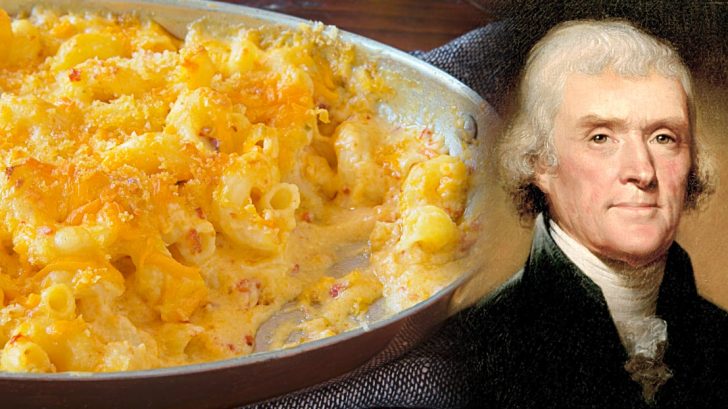 If you haven’t heard, many consider Thomas Jefferson to be the inventor of macaroni & cheese. There are a ton of variations of pasta dishes with cheese, but the Americanized version? All Tom.

Thomas Jefferson visited France and Northern Italy in the late 1700s and became completely enamored with the macaroni noodle. So much so, in fact, that he had a ton of it shipped back to Virginia.

He became known for serving his own concoction of macaroni and cheese at fancy get togethers, including presidential dinners.

Now, don’t get me wrong. It’s not like every American was constantly eating macaroni and cheese as soon as Thomas Jefferson placed his version on an American table.

In fact, it wasn’t truly 100% popularized until 1937, when The Great Depression was in full swing and a certain blue box was released on to shelves.

Kraft Macaroni & Cheese became a staple in many households during the depression because one box could feed a family of four for 20 cents.

Regardless of how the dish was popularized to the extent it is now, one thing is for sure: we should be thanking Jefferson for bringing this version of the dish to the U.S.

I mean let’s be real: nothing is better than a bowl of mac & cheese, and there’s really nothing more American. So make a bowl with some Vermont cheddar in his honor. I know I will be!

Here’s a delicious recipe to get your started: