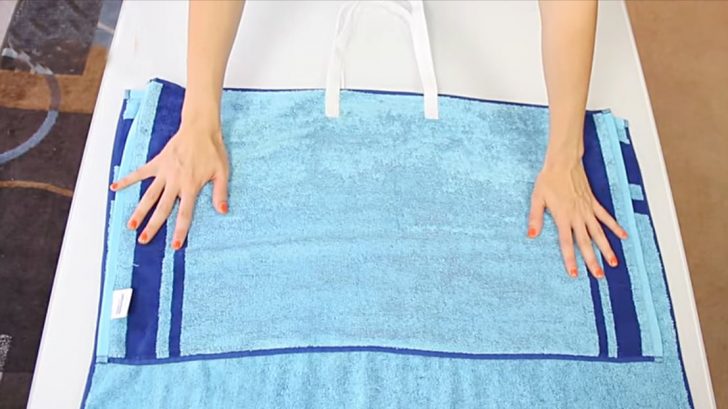 When I go to the beach, I always bring a beach tote and a towel. I never thought of combining the two, but I found a tutorial that does just that and it’s a terrific idea.

Not only do you have the perfect towel, but the tote can be used as a pillow or storage for your phone. Sunbathing has never been more relaxing.

This is what you need:

First measure the elastic band so it’ll fit comfortably around your arm. Sew one handle on the short side of the larger towel, and one on the long side of the shorter towel.

Then, sew the smaller towel to the larger towel with the length of the shorter towel matching the width of the bigger towel. Leave the top open, but sew down the rest of the sides.

You can stuff the remainder of the larger towel into the tote you just made, and you’re done! When the towel is out on the beach, you can use it as a pocket for your snacks and phone.

If you stuff it with sand or bring a pillow, it makes a perfect case.

Check out the tutorial below and give it a shot. It’ll definitely be your best friend for beach day.