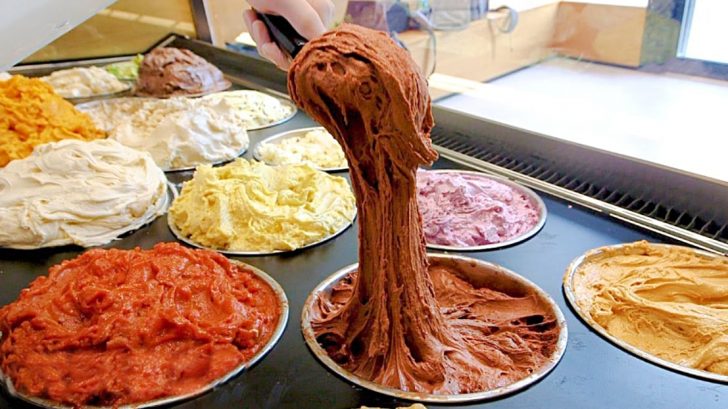 Everyone loves ice cream, especially when the weather gets super hot. Since summer is on its way, ice cream season is upon us, and I couldn’t be any more excited.

There are a ton of different types of ice cream, but I’ve never seen anything like this until now. It’s called “booza,” otherwise known as stretchy ice cream, and it has the consistency of mozzarella cheese.

This Arabic style of ice cream is made with a 500-year-old technique. An ice cream shop in Brooklyn, New York called “The Republic of Booza” specializes in this deliciously unique treat.

YouTube channel INSIDER covered this ice cream phenomenon, which is considered to be the oldest ice cream in the world.

The video has over 6 million views and counting, and it’s no surprise that this ice cream is taking over the internet. It’s just so interesting!

This ice cream was developed in the Eastern part of the Mediterranean, also known as the Levant. It’s denser, creamier, and smoother than what is considered “traditional” ice cream.

Two main ingredients are the cause of this texture change: “sahlab,” a ground orchid root, and “mastic,” a type of edible resin. These two things are mixed with milk, then are frozen and agitated, and create the booza base.

The Republic of Booza has a ton of different flavors available, but the classic flavor is called “Qashta” or candied cream. Sounds good to me!

If you don’t live near Brooklyn, don’t worry. I’ve found a tutorial by Sauce Stache on YouTube that outlines him attempting the entire thing. It’s super interesting to watch, and it sounds super fun to try to make!

Would you try to make booza? What flavor(s) would you make?