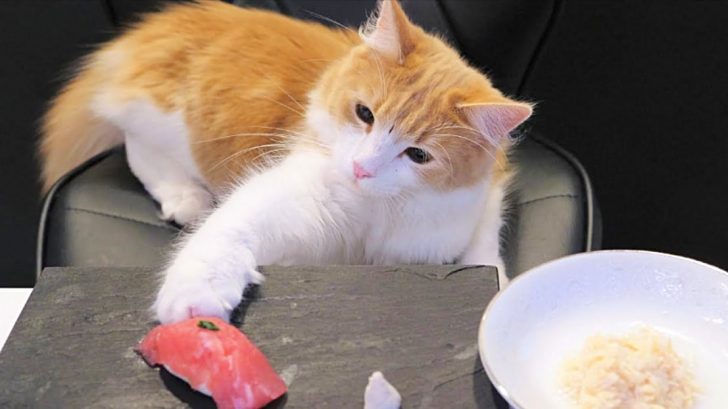 Instead of buying your cat some pet food and effortlessly putting it into a bowl for them every day, have you ever thought about making them a complicated sushi roll from scratch?

No? Yeah, me neither.

So basically, these cat’s dinners are more complicated than mine are 99% of the time. I’m both confused and jealous, but the resulting end shots are pretty adorable.

I mean, I could easily go out and get the ingredients to make the sushi myself every night, but let’s be honest, that takes way too much time. Especially if you like naps as much as I do.

That and going out for sushi all the time instead of making it can cost a lot of money, but something in me wants to try making sushi from scratch now.

I feel like mine won’t turn out even half as good as Jun’s did. Maybe I’ll give something similar a try with my cat, and if he doesn’t want to eat it, I will. Works for me.

If you’d like to be like me and watch in amazement as a pair of cats eat a better dinner than you, look no further than the video below.