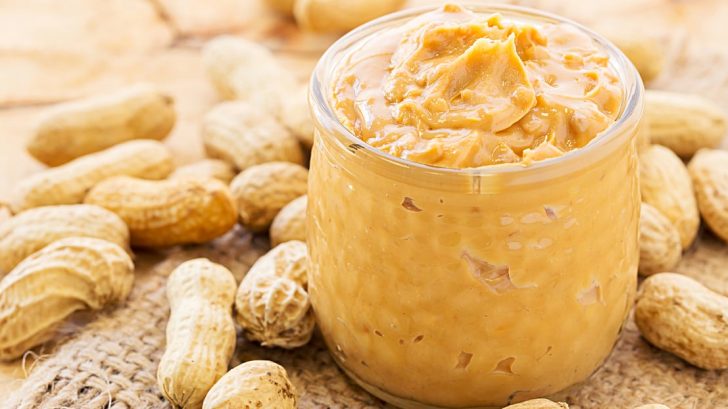 When it comes to our animals, we always want what’s best for them, but we also want them to have awesome lives. That comes with giving them some people food sometimes, like peanut butter.

Peanut butter is a common dog treat for plenty of people, and it’s always hilarious to watch the dog try to eat it.

But did you know that peanut butter can be harmful to your dog if it includes a certain ingredient?

It’s called xylitol, an artificial sweetener sometimes used in people food as a sugar substitute. It’s great for diabetics who are trying to watch their sugar, but not so much for your dog.

In fact, it could be deadly. It causes a quick drop in blood sugar levels, diarrhea, seizures, and sometimes even death.

In an ingredients list, xylitol can appear as xylite, anhydroxylitol, d-xylitol, xylitylglucoside and 1,4-anhydro-d-xylitol. Regardless of how it’s listed, stay away from things that even sound like it.

If you see your dog doing any of these things, check what you fed them, and if it contains xylitol, take them to an animal hospital as soon as possible:

Don’t worry too much. Avoiding xylitol is pretty easy, but if xylitol is in the top 5 ingredients, that’s when it gets especially dangerous. Avoid any “sugar free” foods as precaution.

A quick fix if their blood sugars do drop from xylitol is to rubs some corn syrup or maple syrup on their gums, then taking them to the animal hospital.

Be sure to take the product with you so the vet knows what all is in what you fed them. Your dog will require close monitoring, but if you catch it in time, everything will be fine!