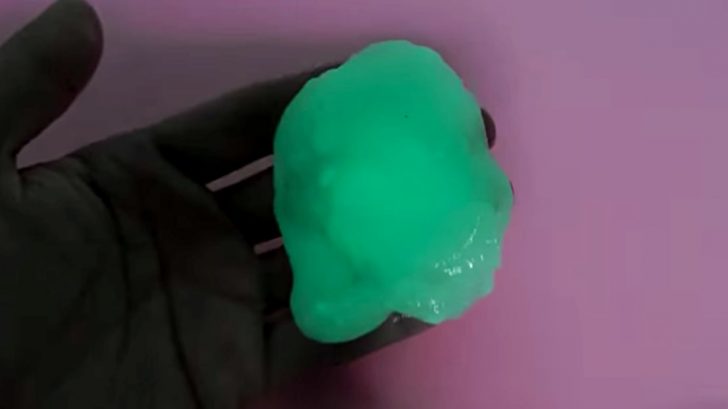 The Slime Of Your Dreams

Slime: it’s taking the internet by storm. It’s fun to play with. It’s fun to watch it being played with. It’s always a good time playing with this stuff… especially when it glows in the dark!

That’s right, this slime glows in the dark. The recipe by ELIE Oops on YouTube has garnered over 4 million views and for good reason. It’s easy to make and so much fun!

Wanna make it yourself? Here’s how!

Believe it or not, making this slime is a project that’s done in less than 5 minutes. First, mix your glue with 1 tbsp. of water.

Once that’s thoroughly combined, add your glow powder. You can find glow in the dark pigment powder all over the internet, but you can go with a ton of different kind of pigments for different effects!

Mix 1 tbsp. of water with your 1/2 tsp. borax and combine until dissolved. Add this to your glue and pigment powder, mixing until it becomes a slime.

Then that’s it, it’s ready to play with! Turn off your lights and enjoy!