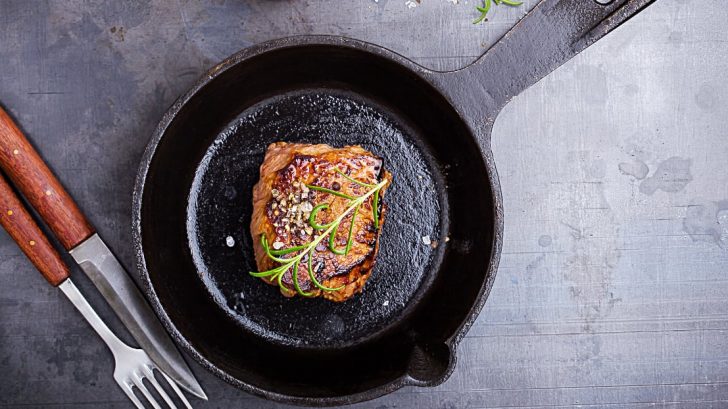 If you own anything made of cast iron, you know how necessary it is to “season the pan” in order to get it to perform to its full potential.

Cast iron cooks things differently than any other kind of pan, and it adds an irresistible crust to whatever you’re cooking. There’s also a certain depth of flavor you can’t really get anywhere else.

It’s been a secret for centuries, rumored to have been produced as early as the 6th century B.C. in China. Obviously it works, or else it wouldn’t have continued to be a culinary secret for this long!

So, do you want to know how to season your pan to its greatest potential? Here’s how.

First, you’ll need to clean the pan. Use some dish soap and a sponge to clean it off, or scrub it with some salt if necessary.

Preheat your oven to 375 degrees F.

To season it, cover it with about a tablespoon of shortening (even the outside, just not the handle!) and place it upside down on the center rack of the oven with some foil underneath.

Bake the skillet for 1 hour. It will smoke at some point, so don’t be worried, it’ll subside about 30 minutes in. Just turn on your exhaust fan.

Turn off the oven and allow the pan to cool completely inside. Then you’re ready to cook!