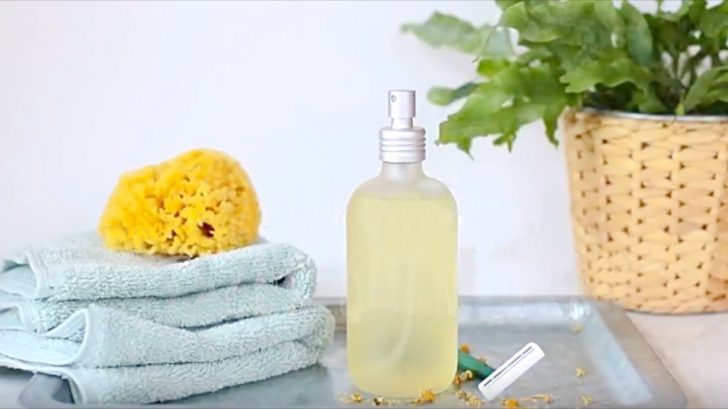 Most people shave somewhere– whether it’s your legs, your underarms, or your face, you’ve probably done it before. If you’ve shaved before, you’ve also probably experienced razor burn.

Basically, it’s the most irritating feeling where you’re covered in little red bumps that have a slight burning sensation. Sometimes it develops into ingrown hairs. Ow.

Just moisturizing the skin doesn’t help, and it makes you less likely to want to show some skin. No one wants to walk around looking like a strawberry.

You can try exfoliating, using a good shaving cream, replacing your blade often, but sometimes that just doesn’t work. I know it never did for me.

So, at the first sign of razor burn, spray on some of this DIY razor burn spray. It’s easy to make, moisturizing, soothing, and prevents more razor burn and ingrown hairs in the future.

It has a ton of beneficial ingredients. This stuff actually works, and it smells amazing! Here’s how you make it.

This stuff has seriously been my best friend this summer. Now I can wear shorts and not worry about strawberry skin ever again!

What are your tricks for healing and preventing razor burn?