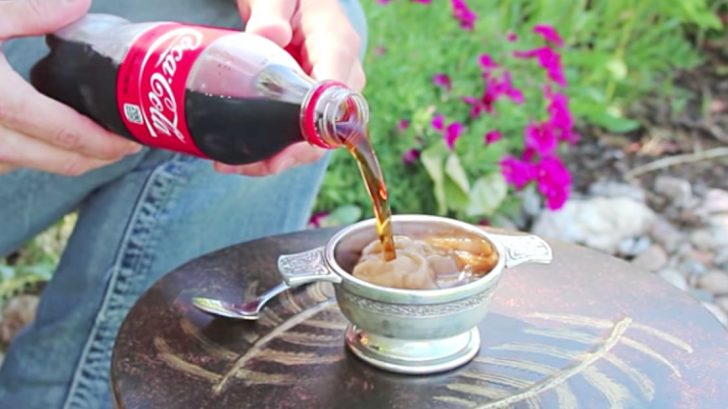 If you’re a fan of soda, then you’re probably chugging that stuff during this time of year. It’s boiling hot outside, and a refreshing drink is exactly what you’d need.

Another way to enjoy soda is in slushie form. This frozen treat is a summer staple, and you usually can only get them in gas stations. What if I told you that you could make your own in seconds?

I found a hack on The King of Random’s YouTube channel that turns plain ol’ soda into the ultimate slushie, and it’s insanely fast and easy. It’s like magic!

The best part? This hack works for any soda, so you can have a Coca Cola, Mountain Dew, Orange Crush, or whatever else you could possibly think of!

Note: you’ll want to do this with a bottle of soda, not a can, or else the can may explode.

First, shake your soda bottle vigorously so pressure builds up inside. Then, place this in the freezer for about 3 hours and 15 minutes.

Once you’re done freezing it, there are a few different things you can do to get the slushie effect. You can release the pressure by opening the cap, screw it back on, then turn the soda upside down.

You’ll see the soda freeze before your eyes inside the bottle. Crazy, right? Another way to do this is by pouring it in a frosty bowl.

The trick is in releasing the pressure just like you did with the first version of this trick. Open the bottle slowly, then pour it into the frosty bowl, and it’ll freeze right before your eyes!

One more version is pouring the soda into a room temperature bowl, then dropping in a single flake of ice. This will freeze over too. You won’t be able to stop watching it!

If you wanna see this in action, see more methods, or try it yourself, watch the video below… it’s easy!