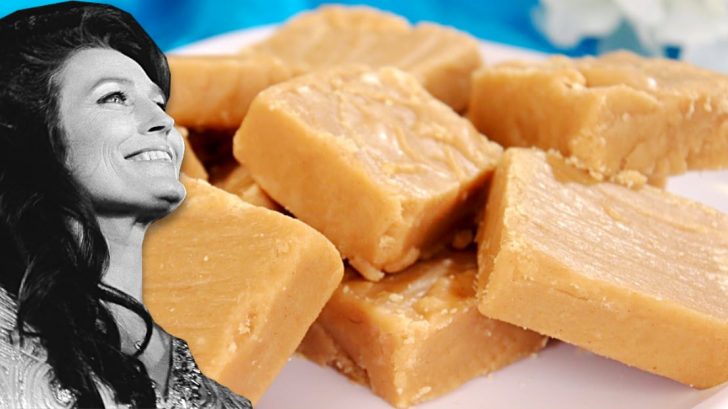 Loretta Lynn is a country music icon. She’s received tons of accolades, released plenty of gold albums, and more. Lynn is also known for having said “you either have to be first, best, or different.”

This quote definitely rings true for plenty of Lynn’s successes, but surprisingly, it also is true for her peanut butter fudge recipe. It’s definitely not the first, but it’s different and the best I’ve tried by far.

She released this peanut butter fudge recipe in an online advent calendar during the holidays in 2016. It’s simple to make and absolutely delicious. Here’s how you make it.

To make the fudge, combine the cocoa and sugar in a large bowl until mixed well. Bring water to boil over high heat in a sauce pan. Reduce heat to medium, then add the cocoa mixture.

Cook for about 10 minutes, or until it’s in soft ball stage (235-240 degrees F). If you drop the syrup into cold water, it will form a soft, flexible ball, but flattens like a pancake after a few moments on your hand.

Reduce heat to low and add the butter and vanilla. Stir until the butter melts. Remove the pan from heat and quickly add peanut butter. Stir until blended.

Let cool, then you’re ready to cut and serve!