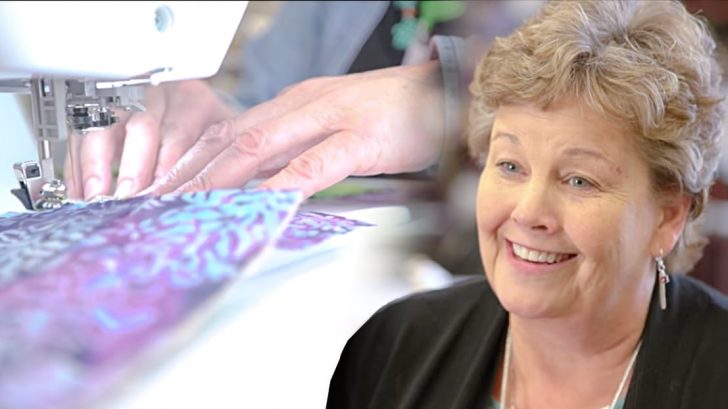 Jenny Doan, lovingly referred to as “the Oprah of quilting” by her cult following, was just a small town woman in Hamilton, Missouri. When the 2008 stock market crash happened, that all changed.

Her children scrambled to find a way for Jenny & her husband to make money. Their retirement was gone, and they needed a way to keep them on their feet. That’s when Missouri Star Quilt Company was born.

Jenny’s son Alan bought her a quilt machine, and they opened the fabric shop.

They figured that with the cost of goods, they may be able to pull in around $5,000 a month. Hamilton’s population was 1,500, so they decided not to aim high.

They got much more than they bargained for. Hamilton’s fabric industry is now booming with multiple shops, and people come to Missouri Star from all over the world just to see Jenny.

All of the success in part has to do with Jenny’s YouTube tutorials.

When Alan suggested to Jenny that they start doing YouTube tutorials on quilting, she had no idea what a tutorial even was, but she said yes, and the rest was history.

Their YouTube channel has garnered over 500,000 subscribers and 150 million views since its inception. Jenny has become a celebrity among the quilting community.

More than anything, Jenny says quilting changes and connects people, and that’s why she’s grown to love it so much.

“I thought it was just sewing for a very long time, but what happens when you make something for somebody else is you create something that wasn’t there before, and it changes you. You start off doing it because you want it in your life, in your family, and then pretty soon you have enough, and then you start giving it away and that’s what really changes people. Every person that walks into that room… it’s an amazingly different place, because now there’s color in there, and now there’s a conversation piece in there… and that’s what’s amazing to me.“

That’s exactly what Missouri Star Quilt Company has done: built something that wasn’t there before, and now tons of quilters are thriving off of Jenny’s message.

Want to learn more about Jenny’s rise in the quilting business? Watch Forbes’ video profile below!