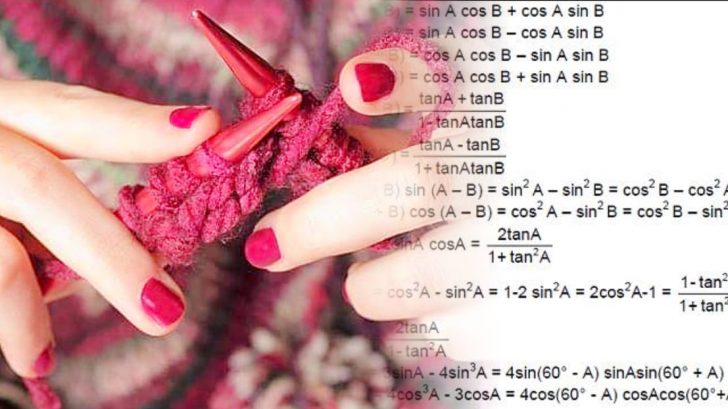 Not A Fan Of Math?

Math was always my least favorite subject in school. I never saw the use in it, and frankly, I hated how it was taught to me. I never found it entertaining.

Maybe if math was taught to me like this, I would’ve picked it up a lot quicker, and I for sure would’ve become a fan of the subject.

How One Woman Changes How It’s Done

An assistant professor of mathematics at Carthage College made it her mission to get people to understand math in a new way so people would have a better understanding of the world around them.

Professor Sara Jensen teaches math in one of the most unorthodox ways you’ll ever hear of. Instead of textbooks and calculators, she grabbed her knitting needles and wool.

After teaching this way for a while, Jensen shared the results of teaching this way in a blog post.  She titled the class “The Mathematics of Knitting,” and she says it helped students embrace mathematical thought.

Her class starts with students knitting throw cushions. Jensen says these throw cushions demonstrate the fundamental idea of equivalence. Other projects work for other theories.

For example, there is a type of geometry called “rubber sheet.” This proposes that with a flexible material, a triangle and a circle can essentially be the same.

How does this fit into knitting? Imagine you’re knitting a hat with three needles. This makes the object take the form of a triangle. Once the needles removed, however, the hat or glove softens and forms a circle.

Jensen feels she can open up the world of mathematics to a huge audience just by using these tools. Knitting aides in mathematical thought, and a tangible, physical end result is a fresh new way to learn the ancient craft of math.