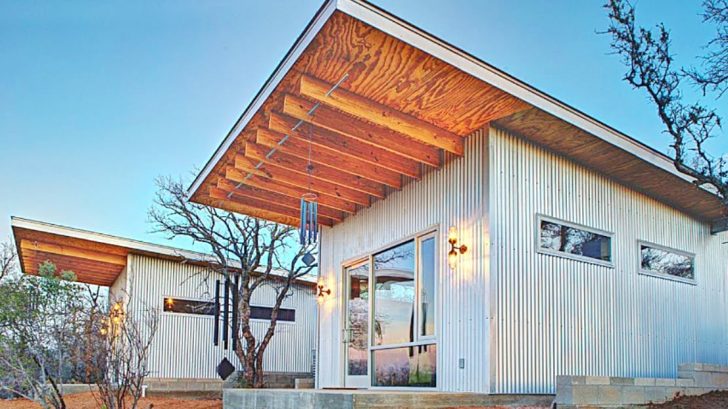 As housing prices continue to rise all over the world, some people are opting to live in a more unconventional space: a tiny house.

People from the United States to Australia have taken part in this new trend, saving space and living in style. What could be better than that? Doing it with your friends!

Take a group of best friends in Austin, Texas, for example. They were tired of living in the hustle and bustle of the city and decided to buy 10 acres of land near the Llano River.

They hired an architect named Matt Garcia to take on the project, and he delivered, creating 4 cabins that can sleep 21.

Each cabin cost roughly $40,000 to make, and features a bedroom, living room, and bathroom. There’s also a commons that has a fully equipped kitchen, satellite TV, wifi, and more.

This adorable little community is aptly named “Bestie Row” otherwise known as “Llano Exit Strategy.” They wanted a neighborhood where they could enjoy each other’s company in nature, getting just that.

Since they’re living in nature, water is a limited resource, so their roofs, called “butterfly roofs,” collect rainwater that’s recirculated into a water supply for the homes. Genius!

These functional roofs fit perfectly in the rustic design of the commune, making it an environmentally friendly place for these friends to gather.

If you have a hankering to stay in one of these cabins yourself, grab a group of friends and book a few nights on AirBnb or HomeAway.

If you had the opportunity, would you make a tiny community? I know I would!