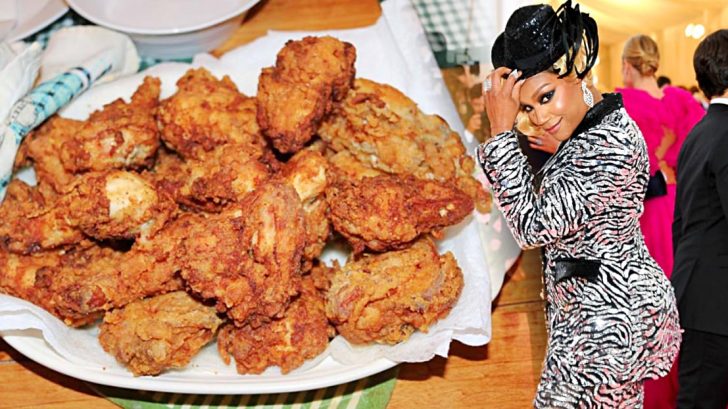 If you’ve been near a phone, television, or computer within the last couple of days, then you heard about the 2019 MET Gala. This year’s theme, “camp,” flooded media with crazy images.

Perhaps one of the most talked about celebrities this year was comedian and actress Tiffany Haddish. Not only was she fully decked out in a glittery zebra print pantsuit by Michael Kors.

Haddish already would’ve been the center of attention, but she brought something more…

Fried chicken! That’s right, she snuck some home-fried deliciousness into the most exclusive fundraiser in Hollywood.

TIFFANY HADDISH MADE AND BROUGHT FRIED CHICKEN TO SHARE AT THE MET GALA AND SHE IS ABSOLUTE #GOALS.@TiffanyHaddish#SheREADY#MetGala2019#MetGala#MetCamphttps://t.co/YPOjpX7cGi pic.twitter.com/ohDQ7m1kZ5

Haddish claims the reason she decided to bring fried chicken to the gala was because of the fundraiser’s lack of food. The solution? She made fried chicken and smuggled it in her purse.

The actress was seen sharing her chicken with other celebrities at the event as well, and even gave some to the press as she was being interviewed. Talk about hospitality!

So you and I may not be going to a MET Gala any time soon (unless Anna Wintour invites us, in which case I’ll happily attend), but we CAN make some portable food for our own events.

Whether you’re going to the movies, a party, a date, or something else entirely, packing your own food is a smart way to make sure you don’t get hungry while you’re there.

Now, fried chicken isn’t exactly the most practical of portable meals, so if you don’t like the idea of bringing bone-in chicken with you, cut up small bits of chicken and remove the bones before following this recipe.

Either way, you can’t go wrong with fried chicken. Check out the video below for the best fried chicken recipe I know, and get your Ziplocs ready for packin’!