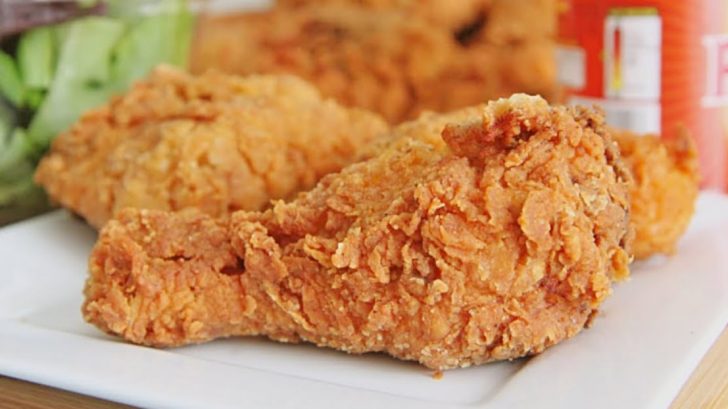 Since KFC’s inception in 1952, people all around the world have tried to figure out the Colonel’s secret recipe. All that has been known is that it contains 11 herbs and spices... until now.

What if I were to tell you that the code may have been cracked? That’s right, journalists at The Chicago Union Tribune have found it!

Colonel Harland Sanders’ nephew, Joe Ledington of Kentucky, provided the newspaper with the recipe. Ledington found it in a scrapbook that belonged to Sanders’ second wife, his late Aunt Claudia.

The 67-year-old was one of the people who used to blend the herbs and spices for the famous chicken, and claims one small scrap of paper holds all of the answers.

So what ARE the 11 herbs and spices? The answer is simple. Along with flour and MSG, you’ll mix together these common ingredients:

If you’re wanting the exact recipe, you’ll want to check out The Chicago Union Tribune‘s article by clicking here. I can’t believe someone finally figured it out!

To test it, The Union Tribune made this exact recipe in their test kitchens. The scrap of paper doesn’t mention the MSG, so at first, they thought it was a fluke.

Then, an employee suggested topping the chicken with the seasoning commonly used in fast food. Once they tasted that batch, they had a eureka moment– they had found the secret recipe.

It had been under wraps for so long, and the secret lied in a family scrapbook. Who knew?

Now you can make the Colonel’s famous chicken at home! If that isn’t your thing, or you want to switch it up, check out another great chicken recipe in the video below.