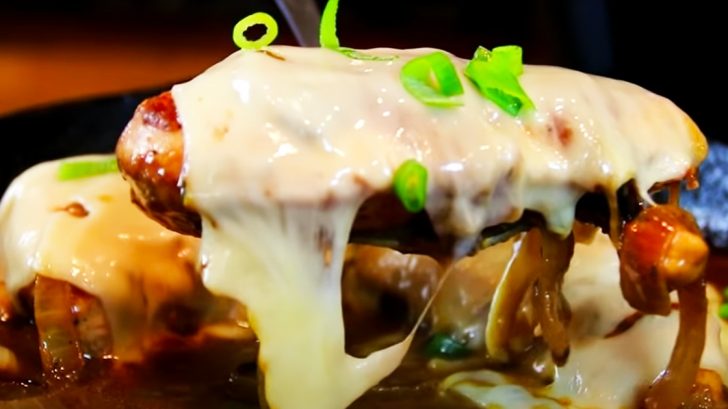 I love coming across different kinds of chicken recipes, and this french onion chicken skillet recipe by TheCooknShare sounds tasteful. I’ve never had this dish before, but I thought of something creamy. French onion chicken is a combination of chicken breast with onions, gravy, spices, and Swiss cheese. I love garnishing things with green onions because it makes the dish look more put together and fancy. This is great to serve up with some mashed potatoes or rice. It’s super convenient when I can cook everything in one pan because it’s less of a mess to clean. The best thing about recipes are switching out on ingredients that you don’t like, but still following the steps. For example, I would use chicken broth instead of beef broth.

First, season the chicken with salt, pepper, and thyme. Add some oil to a skillet and cook the chicken breast until they are no longer pink. They don’t need to be overcooked because it will simmer throughout the cooking process.

Next, place a chunk of butter and oil in the same pan followed by the onions. Cook them until they are browned, then mix in flour with the onions. Once the beef stock is added, this will help thicken it.

Overall, I love gravy type dishes over rice. In a way, this is kind of like the Salisbury steak version of chicken. This recipe is definitely worth a try, and I just bought a cast-iron skillet. I’ve noticed a lot of one-pan recipes use them, and it chars the meat beautifully.