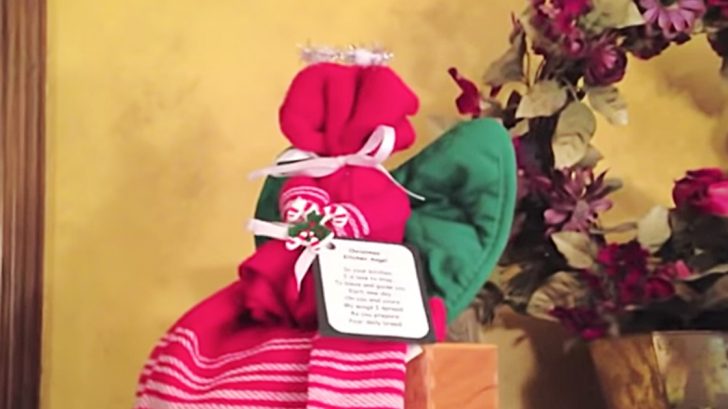 This is a vintage Southern DIY I have seen for years and I always wanted to make one. I’m so glad I found this brilliant DIY on Youtube so I could finally make this dream come true! I had found some new cup towels, a dishcloth and two potholders on sale at Marshall’s for a dollar apiece, so I had the tea towel and the dishcloth for her body and two pot holders for the angel’s wings and I was ready to go. I first laid the cup towel out and started following the directions to fold her body together. I started by folding both sides of the towel to the inside and folded the towel 3/4 the way over so I ended up with one side significantly longer than the other, that was her dress. Then for her arms, I folded the dishcloth into a one and one half inch strip roll then placed the dishcloth roll inside the towel. 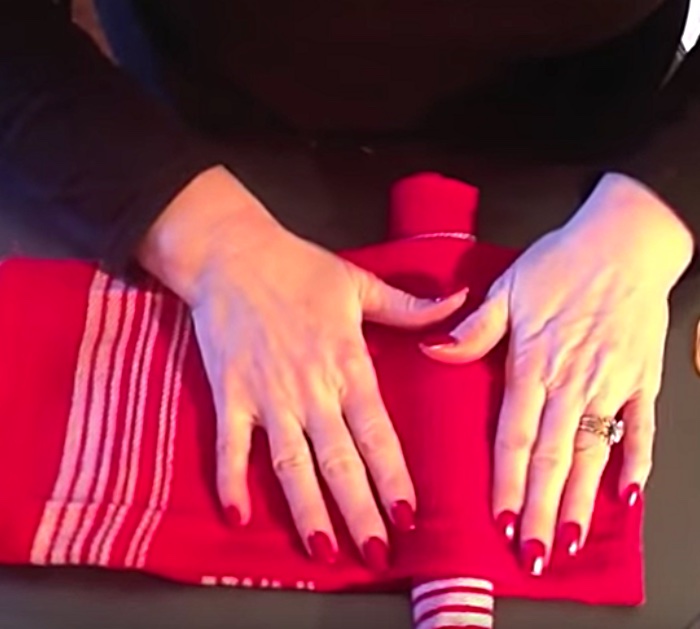 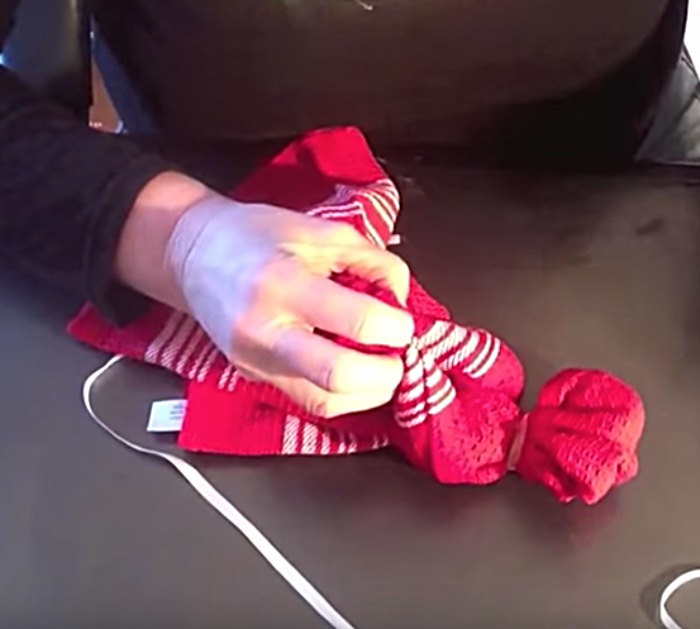 Then I pinched the potholder together and secured it at the center with a rubber band. I then covered all the rubber bands with ribbon and fastened her potholder wing to the body with my hot glue gun. Then I made a little halo with a piece of Christmas Tinsel, a shiny pipe cleaner would work just as well. 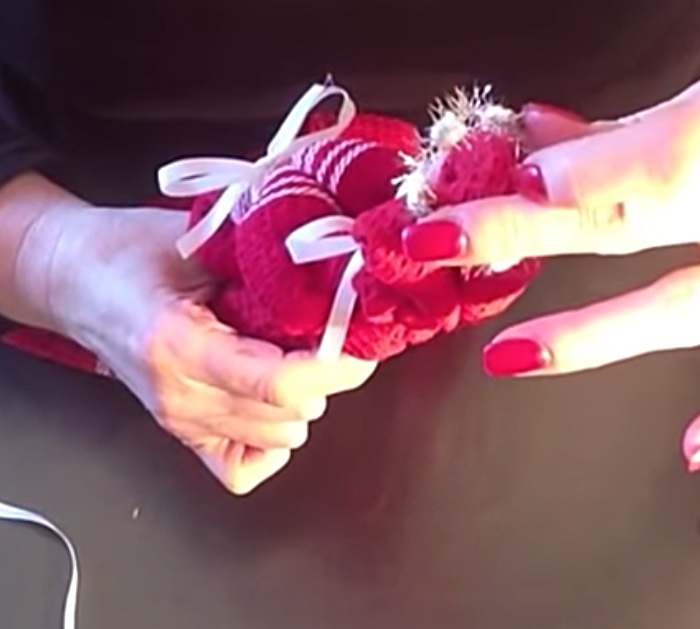 Then I sat my kitchen angel on top of my family heirloom recipe box. This is an amazing homey vintage-looking addition to any kitchen and it was super fun to make.