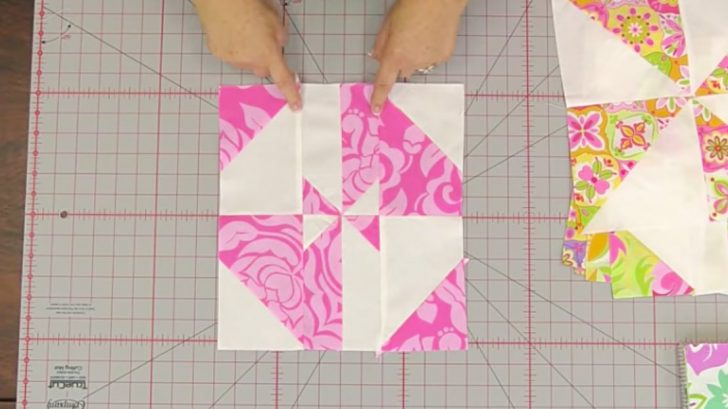 The pinwheel is a classic quilting block that every quilter should know how to do. It’s pretty simple to do and once you get it down, you can create a ton of variations of it.

One of those variations is the disappearing pinwheel, and it’s such an adorable version of the block. The middle looks like a little bow tie!

Creating this block is super simple. Once again, Jenny Doan from Missouri Star Quilt Company has created a super easy tutorial to follow in order to make this awesome idea a reality.

First, you’re gonna start by making a basic pinwheel block. Those are just made out of a ton of half square triangles, arranged to look like a little pinwheel, as you can see in the video below.

Make sure you sew the pinwheel together as if that’s going to be your finished block. Then comes the next step.

Once you finish your pinwheel, here’s where you’re gonna have some fun with it. It’s such an easy variation, but it makes such a massive difference.

Just cut a strip out of the middle like Jenny describes, then flips the outside pieces around, sew it together, and boom… you have a disappearing pinwheel.