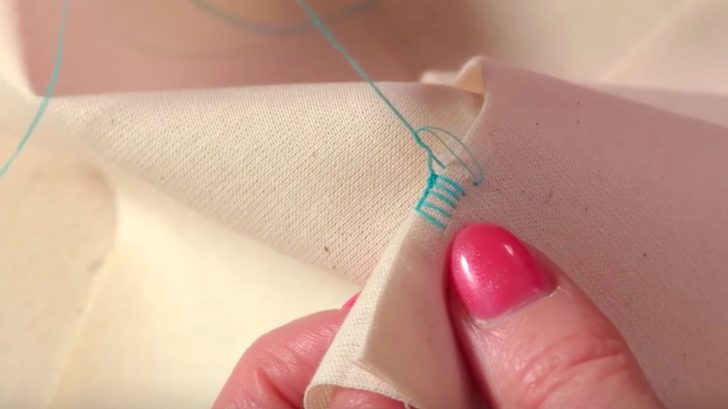 Couture stitching is a must-know for anyone who sews, especially if you sew your own clothes.

When it comes to couture stitching, there are a ton of different stitches you should know. These 6 in particular, from Bluprint on YouTube, are must-knows

Though the herringbone stitch is technically an embroidery stitch, it’s also perfect for couture because of its movement and its ability to hold the fabric down flat.

This stitch is basically a crossover, like a zig zag. You’ll cross it over with small horizontal stitches to create your herringbone stitch.

Similar to a herringbone, the catch stitch just doesn’t have the crossover, leaving a small amount of fabric “exposed” rather than covered by the thread.

Both of these stitches are generally used for hem applications.

A blind hem stitch is also very simple. It starts with a straight stitch into the fold of the hem, then you’ll pick up a couple of fibers on the main body of fabric on the next stitch.

These stitches are much smaller than the catch and the herringbone, and you see much less of the thread, hence the “blind” name.

The flat-fell is usually used to secure a lining in place around a zipper or a waist edge, and though it’s a small stitch, it’s also very strong.

It’s a small straight stitch where you pick up from the back, meaning you’ll see some stitches in the back, but the folded edge will look much cleaner.

From left to right, you’ll stitch this to secure fasteners and other hardware. Just before it goes all the way through, put your needle through again to make a knot.

This knot really secures everything in place and is surprisingly simple to stitch.