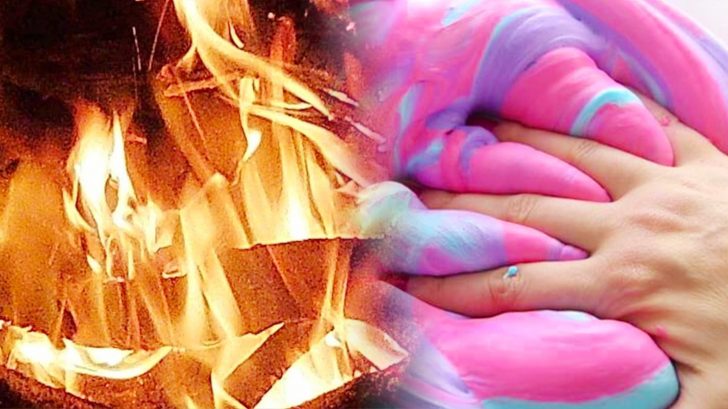 Homemade slime recipes have taken over the internet these past few years. From Pinterest to Facebook and more, kids all over the world have tried their hand at making slime.

Most slime recipes are safe. In fact, to most, this slime is even safe, but for a select few, one common slime ingredient causes an allergic reaction that causes burned, blistered skin.

The ingredient in question? Borax. The popular laundry detergent booster is used in all sorts of slime recipes, and though it doesn’t cause harm to most, it can under the right circumstances.

An 11-year-old girl named Kathleen Quinn went viral after the unfortunate reaction happened to her. After playing with the Borax-infused slime, she paid the price with 3rd degree burns all over her hands.

Kathleen’s mother says the unfortunate mishap happened after following a recipe on YouTube. After playing with her creation every day for several weeks and suffering the burns, doctors told her it was caused by a chemical reaction from the ingredients.

Whether Kathleen was allergic to Borax, the chemicals reacted with something else on her hands, the slime was too old, or something else entirely happened is a mystery, but one thing is for sure:

Mixing chemicals together comes with a risk. and unfortunately, Kathleen found out what those risks were. The solution? Replace Borax slime recipes with non-Borax slimes.

Do your research as much as possible when it comes to DIYs, and make sure what children are playing with is safe for them. Chemical burns are serious business!

Watch the video below to learn more about little Kathleen’s story. We wish her a speedy recovery!