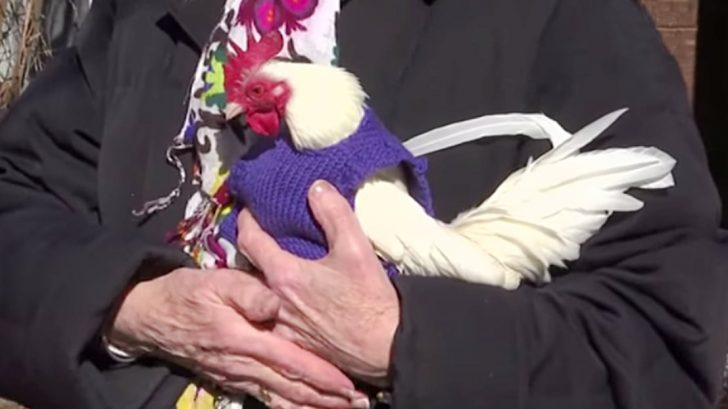 In New England, it can get pretty chilly. If you’re lucky enough to have central heating and live in a nice home, then this probably doesn’t bother you too much.

If you aren’t as lucky, then you’re probably freezing. Believe it or not, some of those freezing individuals aren’t even human. They’re animals.

For example, the chickens. On farmland in New England, it gets freezing during the winter, and around that time, the chickens are molting. That sounds like a recipe for disaster.

A retirement home in Massachusetts decided to take matters into their own hands and help these little guys out. How? By making them sweaters!

A small group of women in that retirement home started knitting the sweaters. Some of them thought the idea was ridiculous, but once they started, they began to realize how valuable it truly was for them.

Once they’re done knitting, the women get to dress the chickens themselves. One of the knitters, Libby Kaplan, used the experience to help overcome her fear of birds.

Barbara Widmeyer uses it as a distraction from world events and politics, which she currently finds to be pretty stressful.

“To be honest with you, there’s so much going on these days that’s kind of contentious in the world, it was actually very calming to me to work on this.”

If this craft seems like a good fit for you, try knitting your own chicken sweater by looking up a pattern online. After that, you can put it on your chickens like the video below shows!