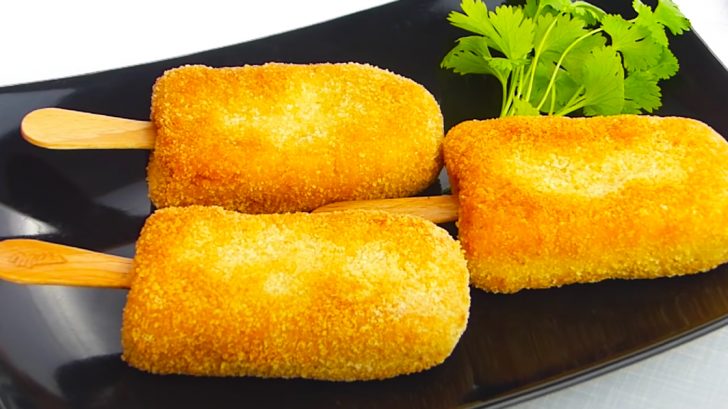 Chicken nuggets are a popular snack when it comes to kids, or for anyone. However, chicken popsicle nuggets are clever if you’re wanting to be creative on making your own. This way it’s healthier than fast food or frozen options at the store. You can make a large batch and throw it in the freezer to easily pullout anytime if you’re busy. This chicken popsicle nuggets recipe by Tiffin Box on YouTube is more simple than you would think. If you do not want to make them in popsicle form, you can use this recipe and make them to whatever shape you prefer. I think it would be fun to turn them into dinosaur shapes too. Chicken nuggets are one of the first things that come to mind when I think of a simple meal for kids. At restaurants, some of the food options would be chicken nuggets and fries. Be fun and learn how to turn chicken nuggets into a popsicle with minced chicken.

Overall, I think these chicken popsicle nuggets are a cool idea for the kids. It will trick their minds that they’re getting a treat, but in reality, getting their protein intake in. If you’re having trouble getting your child to eat more protein, this would be a nice snack to make.