Have y’all ever heard that old phrase, “As American As Apple Pie”? Well, I guess that means Apple Pie is an official culturally recognized food over here in the United States. Well, I’ve made many apple pies in my time, but I had never heard of an Apple Pie Cookie until today when my friend sent me this recipe. Since I adore anything containing cooked apples I knew I had to try it immediately. My Sister has an apple tree and just loaded me down with a crate of apples so I was super pleased when I found this recipe, now bear in mind this recipe calls for canned apple pie filling, but you can use freshly cooked apples as well. I started my cookies by getting all my ingredients together. As follows: Apple pie filling (or fresh apples cooked and seasoned with cinnamon), caramel, cinnamon, nutmeg, 1 cup sugar, Pilsbury Pie Crusts, and an egg. 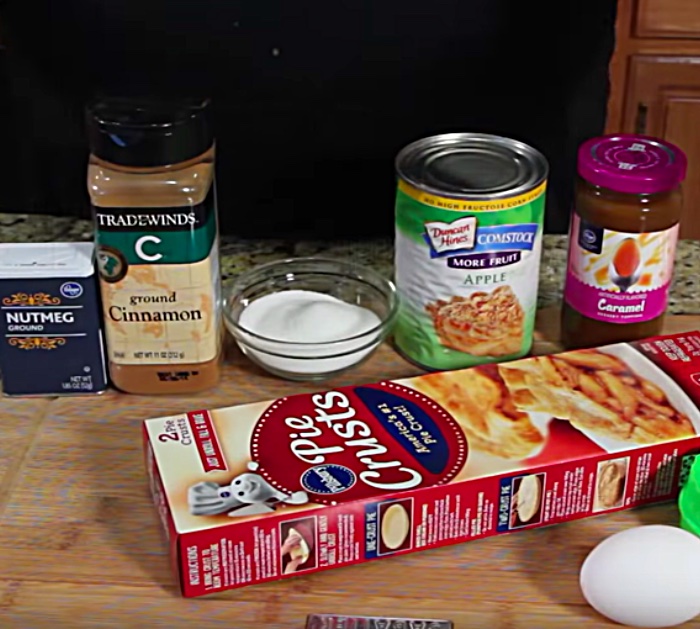 Then I rolled my pie crusts out and covered one with the apple pie filling, then cut the other rolled out pie crust into half-inch strips and made a lattice across the top. 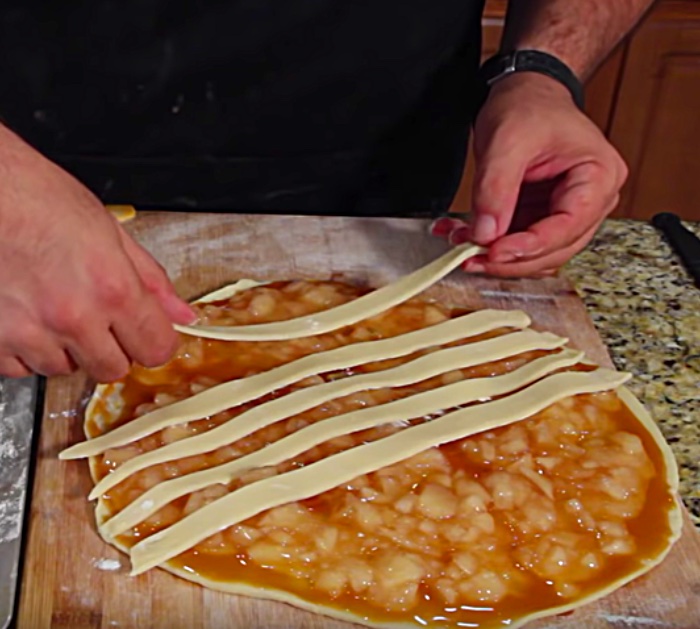 Then I just cut them into little round cookie shapes and poured some butter and some caramel on them then sprinkled a bit of cinnamon on them and popped them in the oven.

I had these beautiful Apple Pie Cookies ready when my kids got home from school and they went hod wild over them, they even started a fight at one point, but after they washed the delicious snacks down with some milk things mellowed out. Lol, I recommend this recipe highly.