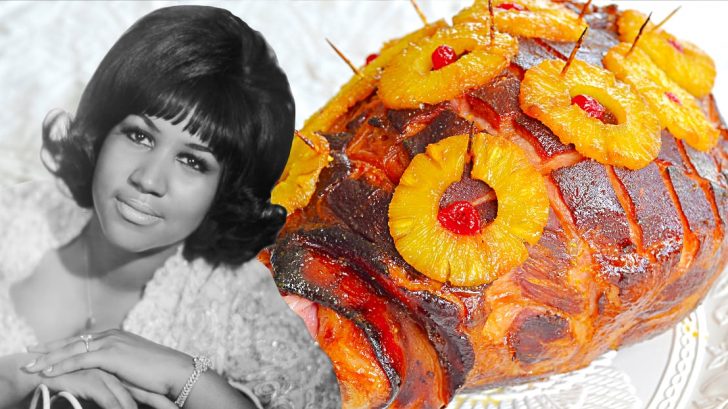 On August 16, 2018, Aretha Franklin, uncontestedly called The Queen of Soul, passed away at the age of 76. After secretly battling pancreatic cancer, her passing was a shock to the world.

She left behind a legacy of incredible music, lasting impact for the rights of marginalized groups, and more. Franklin was also known as the rock and matriarch of her family, cooking for those she loved most.

In 1974, Rolling Stone interviewed her and asked her what made her the most happy. Her family, music, and making food came at the top of the list.

“My children, and having little get-togethers and making up a whole lot of food,” she responded “And gold records. And love.”

In honor of one of her many loves in life, I found her classic ham recipe, “Aretha Franklin’s Queen of Soul Ham,” and wanted to share it with all of you.

If you were a fan of Franklin’s music and wanted to try her recipe in her honor, or are just in the mood for a really good ham, this recipe will make your mouth water. Here’s how to make it.

Preheat oven to 350 degrees F. Score the ham, creating a diamond pattern. Insert cloves into the corners of each diamond.

Place the ham on a rack set in a 12 x 15-inch roasting pan. Loosely cover with foil, and bake until ham appears juicy, about 30 minutes.

Combine brown sugar and mustard in a medium bowl. Gradually add ginger ale to brown sugar mixture until a pourable consistency is achieved (you may not need the whole can).

Remove foil for last 20 minutes, then…

Check out the rest of the recipe by clicking here.

Thank you for everything you’ve given us, Aretha. Rest in peace.